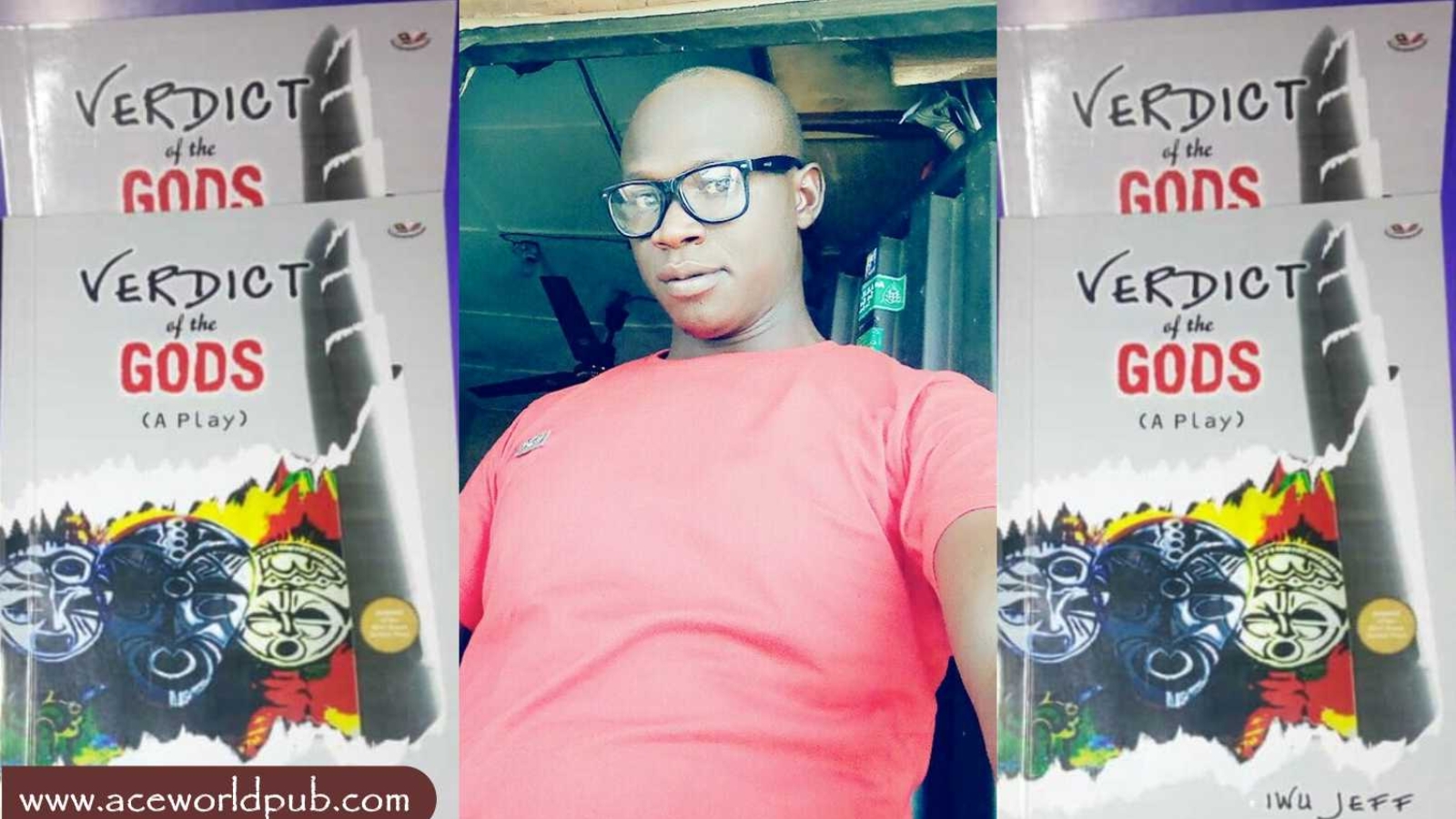 The gods are silent and mortals are living in terror. Their silence keeps mortals in a calamitous state. Can they be appeased? What do they need for their appeasement? Iwu Jeff’s Verdict of the Gods sets our feet on the path of our forgotten culture. The writer achieves this using Igbo land (Achara) as his setting. This setting can be a representation of our Nigerian society in doom and in need of a saviour. The playwright also embellishes his work with proverbs, which is what Africans are known with. The words are carefully selected to reflect the social status of the various characters, this is seen in the various meetings of the elders at the palace and the various visitations of the villagers to the king’s palace. In Verdict of the Gods, the playwright points to the aftermath of our actions here on earth. There are arrays of problems that have been bedevilling us and this shows that we are the architect of our own misfortune. This scenario is captured here:

“You killed the gods. Some you stoned to death.

Some you buried alive. Some you hanged on the tree.

From the above, it is lucid to concur here that what has been happening to the people of Achara is as a result of the dirty things they soiled their hands with in the past. Now, these things become the monstrous shadows of evil coming to hunt them. The old, young, able and disabled women and men are paying dearly for this. The play is indeed a revelation.

The play is a microcosm of the Nigerian society. Nigeria is now plagued by the curse of innocent bloodshed before now. Who will pay the ultimate price? It touches one deeply in the marrow.

Achara is doomed and faces lots of deaths and calamities, a prize for her evil and her negligence of the gods. A prize for forsaking the gods and going their own way. The people of Achara now wallows in pains and suffering. The writer draws a map of how the elders run helter-skelter in search of solutions to the Calamities they face in the land. Thus: “Some of the elders will visit the sacred shrine of Eziakwo to see Agiriga” (P. 19).

The writer depicts the king as a man who loves his people. He is sad because the land is at the brink of its collapse and death fears no one in the land. The king’s words are soothing at all times. He knows what to see to the people in the midst of troubles and doom.

As the play progresses, the writer dives into the issue of male-child preference and male dominance that is prevalent in our society. The playwright portrays Africa as a continent that is patriarchal in nature. This is captured in the various conservations of the women who cry out against the subjugation and humiliation they suffer in the community. Thus, Nnenna says:

“What can we do? Aren’t we confined to our kitchens?

Can the men allow us to speak? A woman has no say in

the affairs of the land: she dares not raise her head.

We are always pushed aside in everything. The late Oka’s wife,

was hindered from partaking in her husband’s inheritance

It could be inferred from the foregoing that such societal expectation could snowball to psychic -depression if the societal expectation (Male-child) is not meant. That is the case of Oka’s wife when she could not give birth to a male child. Sadly to say, women become sacrificial Lamb as they are meant to remain mute even at abattoir.

On a final note,

To avert the curse placed on the land (Achara), a lamb must be sacrificed. Who will present himself on the altar to be used to cleanse the land? Who will become the saving Messiah to Achara?

It is to be noted that the activities that take place in the play are fashioned by the gods. This can be explained from the prologue of the play where the three deities meet to discuss the issues of the land. The three deities can be given a symbolic interpretation. The writer uses them to represent unity. The cover page of the play also captures this. It could also represent the major three tribes of Nigeria. Here, it is inferred that for us to progress in this country, we need to be united.

There are lots of stereotypes that are broken in this play. This is uncommon to most African works. Through this play, one will learn to appreciate the African traditional religion, contrary to the belief held that our culture and traditions are bad and bloodthirsty. No. The author shows that there are still many good things about Africa and Africans. He also condemns certain attitudes of our leaders and followers. This indeed shows that literature is a powerful tool used to negate all false beliefs propagated in the society.

The play is indeed and interesting one. A reader would not like to drop it when the eyes are fixed on it. One encounters something new at the opening of every page.

The structure of the play is not in the usual method of having acts and scenes. Rather, the author makes it unique by breaking the play into three parts. The three parts is also symbolic as there are three deities that appear in the play. This also points to the rule of having a play united in three unities. Every new scene begins with beautiful proverbs or words of wisdom which remains recorded in the mind of readers. This is part of the author’s style.